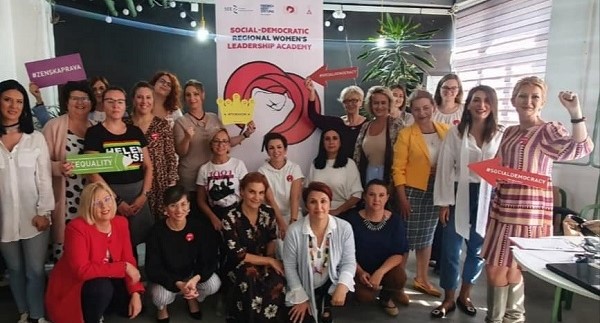 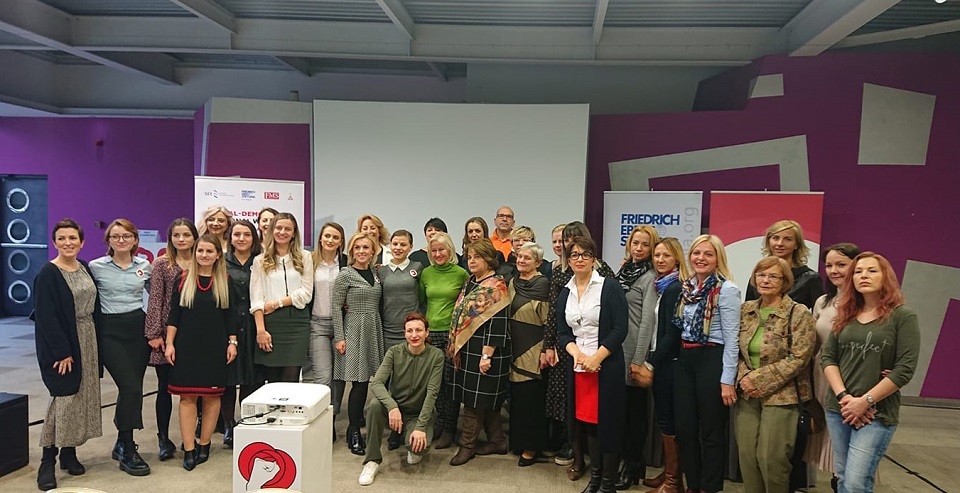 [:sr]We believe in the social-democratic achievements that the European family of nations relies upon and we want to fight for them in today’s European Union. With that, we primarily mean peace, equality, tolerance, rule of law, solidarity, internationalism, social justice, social cohesion, equitable sustainable development, environment protection, gender equality and universal human rights.

We are aware that any delay in the European Union accession means undermining women’s and human rights in each of our respective countries. Therefore we the Western Balkans activists, are ready to work together and contribute to our countries’ the EU Members States as soon a possible.

We, participants of the Academy, firmly believe in the benefits of European integration. It assists us in overcoming the consequences of the wars in the nineties, in establishing regional cooperation and building our countries as democratic communities and successful economies.

At the moment when we are facing the backsliding of the rule of law, the loss of the achieved women’s rights, uneven development, security threats, massive depopulation of our countries, climate change and lack of regional cooperation, your support is indispensable.

We know that you have invested serious efforts in making the European Council’s decisions different. It is necessary at this moment, with the United Kingdom’s exit from the European Union fast approaching, to reinforce the Union. That can and must be best achieved by completing the EU area with faster integration of the Western Balkan countries.

That Albania and North Macedonia have met all the prerequisites to open the negotiations is evidence-based, and so has Kosovo for visa liberalisation. It is necessary to respond rapidly and correct the errors made by the European Council’s October decisions.

We remain open to active participation in a dialogue on new models of our countries EU accession.

We expect you to continue the unswerving fight for:

[1] Friedrich Ebert Stiftung’s offices in Serbia and Montenegro, together with the Women’s Leadership Academy from Serbia, organized the first “Social Democratic Regional Women’s Leadership Academy“ intended for active women from left-wing political parties and social movements in the Western Balkan countries, aiming at connecting and empowering them in political action based on the values and ideals of social democracy.